We are committed to bring back live music to our dance scene. Say goodbye to this 2022 dancing live to the amazing sound of Tito Rodriguez Jr Orchestra, Frankie Morales & the mambo of the times orchestra.

if this is not enough you will have Adolfo Indacochea, Tania Cannarsa and The Latin Soul Dancers performing live with this two amazing orchestras. 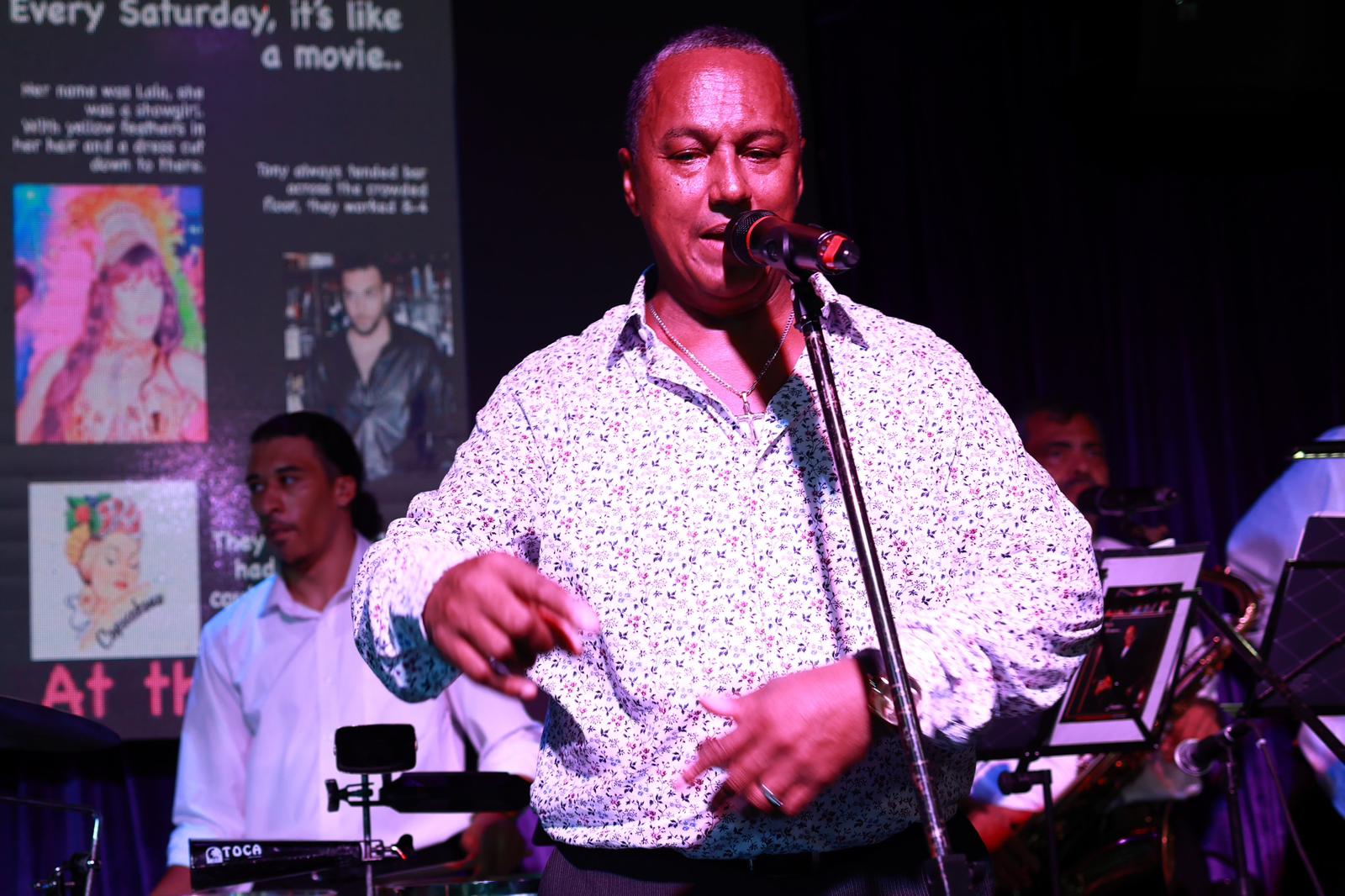 Frankie Morales & The Mambo of the times Orchestra 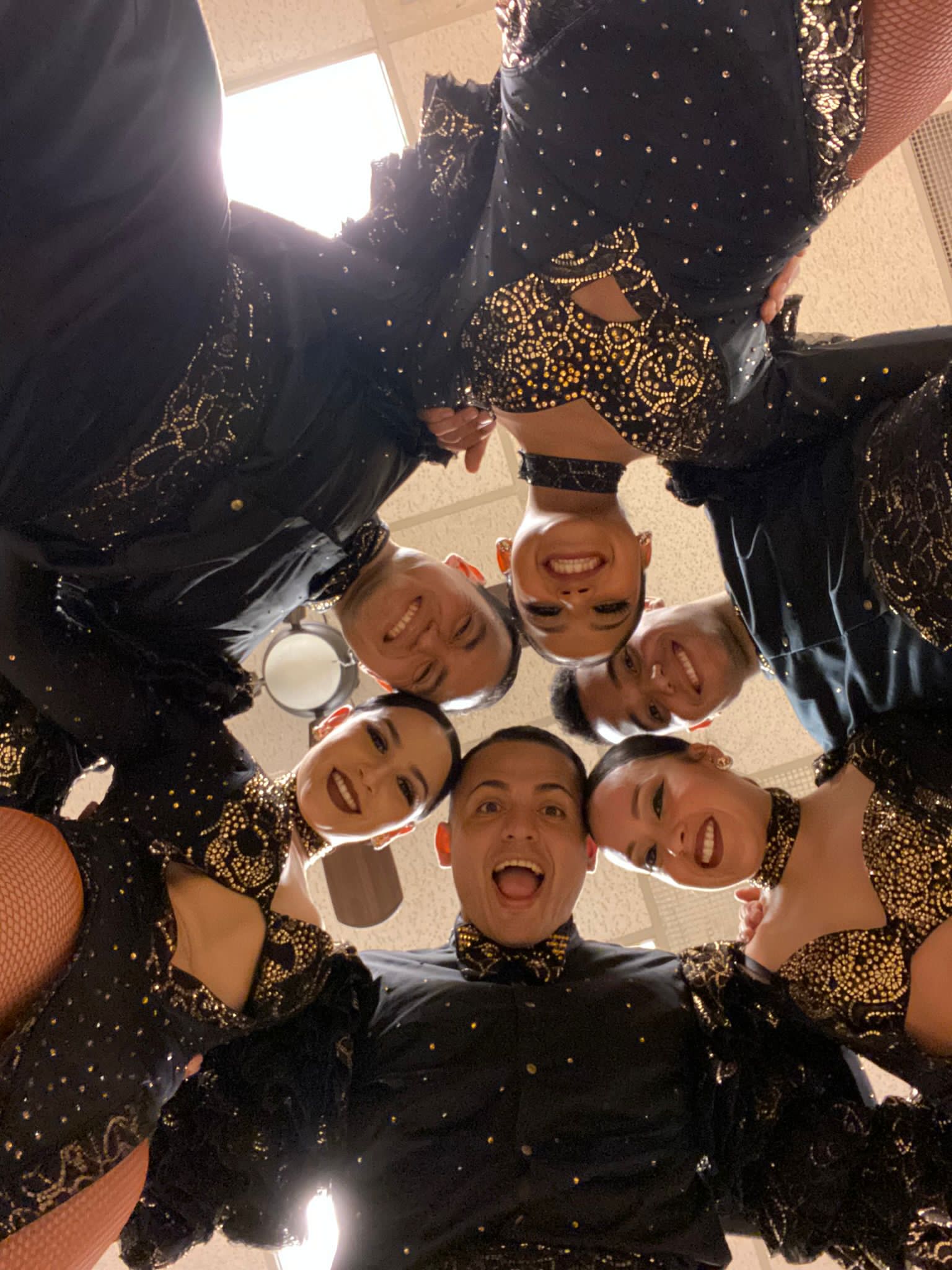 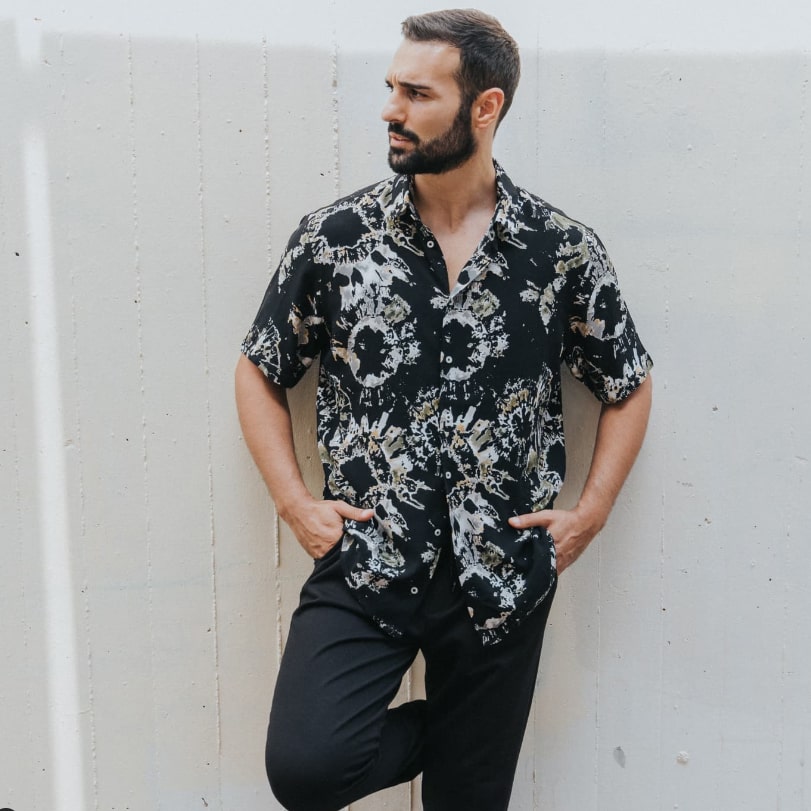 Raised in New York, Tito was born to Puerto Rican and Japanese parents, the only son of the legendary El Inolvidable (The Unforgettable), Tito Rodríguez and Takeko Rodríguez, Tito was admitted to Berklee College of Music at the age of 19.

Transición, Tito’s fourth album, is a visual and auditory tribute to the diverse philosophies of his father and Japanese mother, Takeko, who passed down their passion and love of Latin music to him. In the cover photos for Transición, Tito’s drum sticks form the illusion of fans. Fans are cherished possessions in both the Japanese and Puerto Rican cultures.

His recordings, in the classic tradition of his father, are stamped with Tito’s personal signature. Tito’s sophisticated way with lyrics; melody and Latin rhythm have become a worldwide sensation for dancers as well as listeners. In sustaining this musical legacy, his parents remain a source of inspiration.

Plans for annual recordings are in the works, as Tito continues to expand his repertoire to include a label for talented artists.

Frankie Morales & The Mambo of the times Orchestra 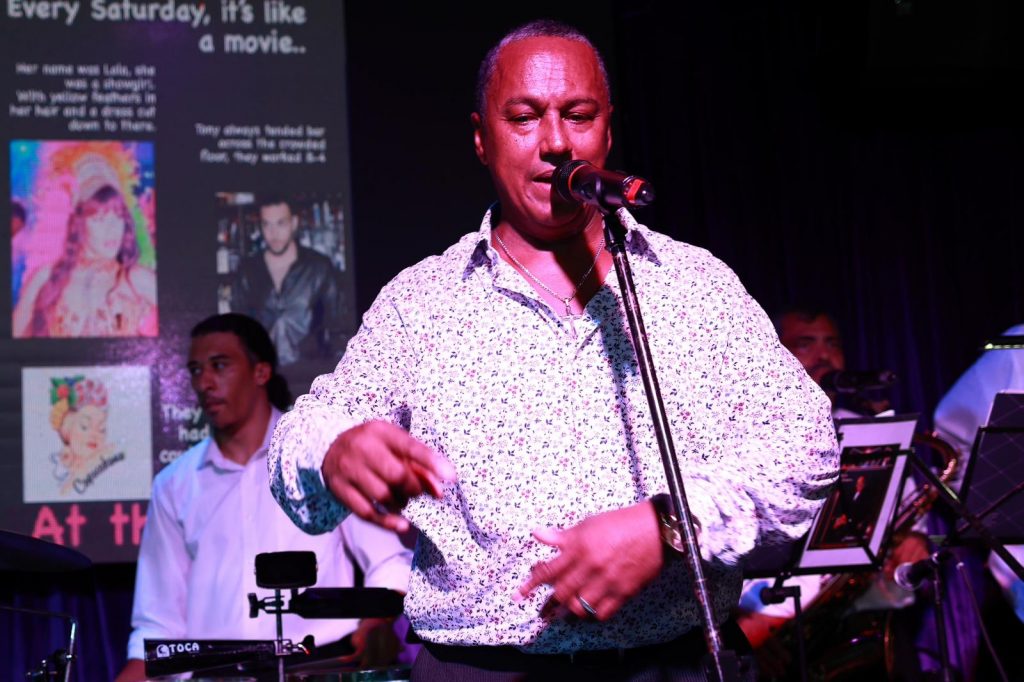 Efraín “Frankie” Morales is an artist who has perfected his craft with every stop along the way of his career.

This talented vocalist has sharpened and shaped his sound for most of his life, starting on the streets of “El Barrio”, New York City’s Spanish Quarter and climaxing now on the stages of the world.

His Mom sent him to Boys Harbor Conservatory in East Harlem to study voice and percussion after she realized the raw power and talent that her son displayed singing his “Sala Concerts”, those first performances for the family at home that gave birth to, and nurtured this entertainer of the future.  At the age of fourteen, he sang backup for Latin legend, Joe Bataan.  By fifteen he was singing with Hector Lavoe, and this opened other doors.  Over the next few years, he would sing backup and coros for such artists as Celia Cruz, Ismael Rivera, Ismael Miranda, Pellin Rodriguez and Cheo Feliciano.  Frankie notes, “I learned a lot during this time…inspirations, how to always sound your best, even when your voice may not be at its best”.

Meeting José Pintor, who also played with Joe Bataan, gave Frankie the opportunity to record his first album, “Sabor Del Barrio”.  Soon after, he started recording hits with the group Bad Street Boys.  This was an association that would continue for almost ten years.

However, there was still room to grow for Mr. Morales.  Growth comes to a Salsero through “work, work and more work”.  So when the Lebron Brothers needed someone to record in place of an ill vocalist, it was Frankie who did the recording.  Caiman Records then produced two albums featuring him as a solo artist, entitled “Frankie Morales: En Su Punto” and “Standing Out”.  These two albums exposed Frankie to greater audiences and enhanced both his experience and reputation.  This would lead him to being an invited independent vocalist with “The Fania All-Stars”.

Frankie spent a year singing back-up for Tito Nieves.  The notoriety he gained singing for Tito Nieves also brought opportunity as well.  With a recommendation from Ralph Mercado, Frankie was offered a job of Lead Singer for the orchestra of “El Rey Del Timbal”, Ernest “Tito” Puente.  This “gig” would not only be the ultimate training ground, but also the ultimate feature for Frankie Morales, as he traveled around the world with Maestro Puente, singing for people of all cultures.  Even now after “El Rey’s” passing, Frankie holds the position of Lead Vocalist with the Tito Puente Orchestra.

1988 was a real “indicator” as to how much Frankie Morales had grown as an artist.  That same year, he was a featured vocalist on Caiman Records’ ACE Awards winning recording “Son Boricua®”.  Led by musical director Maestro José Mangual Jr., and producer Humberto Cordero, this production gave Frankie a platform to show his versatility, as he tore into the world of Latin Jazz.  Frank was a featured Lead Vocalist on “The Caiman All-Stars”.  Frank next recorded “Dancemania 99” live from Club Birdland with Puente’s Orchestra.  “Dancemania 99” was nominated for a Grammy Award.

Some of Frankie’s “finest hours” had to be the recording of “Tito Puente Mambo Birdland”  and “Masterpiece”, Puente’s final album and collaboration with “The Great” Eddie Palmieri, which both won Grammy Awards.

So now that you know about Frankie Morales’ hard work and history, it is time to learn a bit about what is within this vocalist’s heart.  And as you listen to this recording you will know.

When you wonder why you feel like dancing, you’ll know exactly what Frankie brings “to the people”:  rhythm for the dancers, and through his voice, the passion of a true Cantante.

Say good bye to 2022 performing with your favorite international Artists: 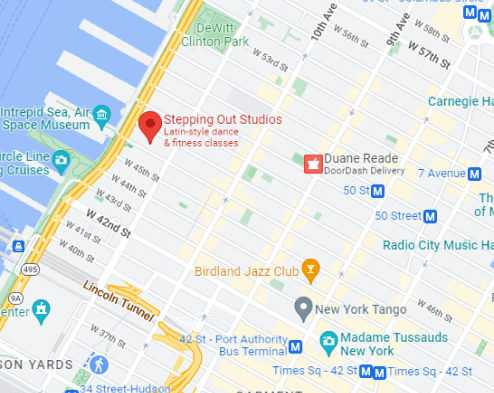 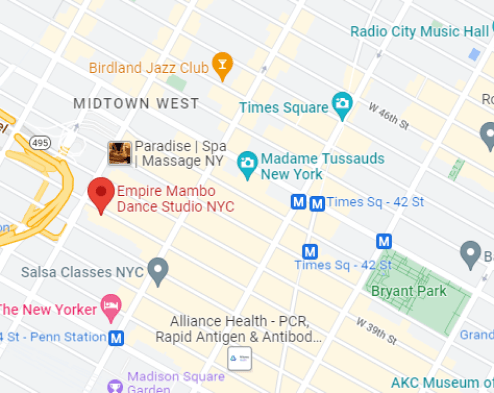 2 superstars collaborating to bring you a performance bootcamp! Tania Cannarsa and Delia Madera are teaming up to bring you an intense training to enhance your dancing. They will be working on body movement, isolations, timing and more. The best part is? You will be able to perform on stage with these two beasts. This of course is optional, but they would love to have everyone on stage with them.

What to expect:
+ 4 hours of intense training
+ 2 hrs with Tania and 2 hrs with Delia
+ Performance on Sunday, August 21st. 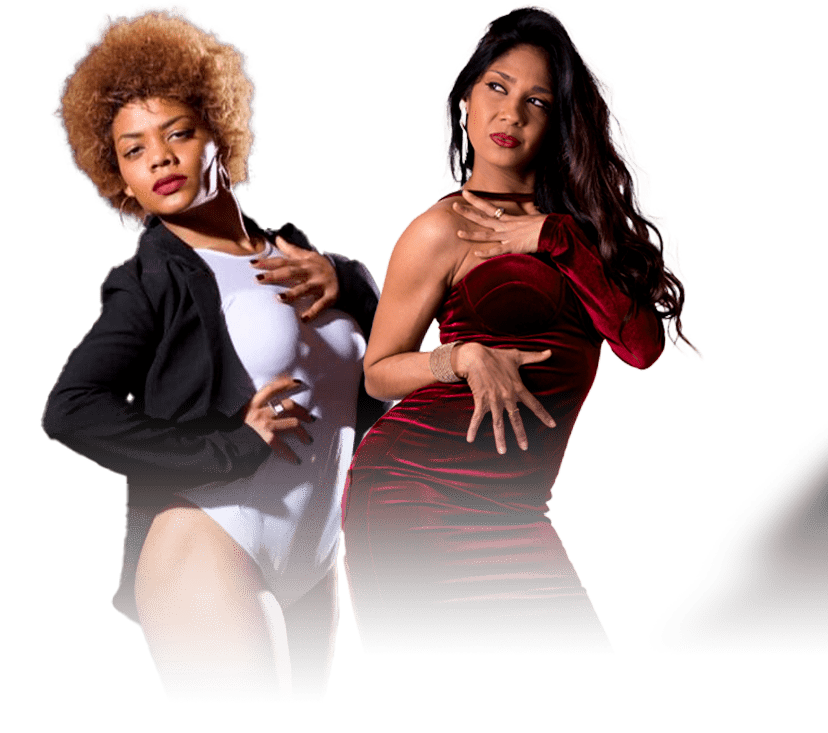 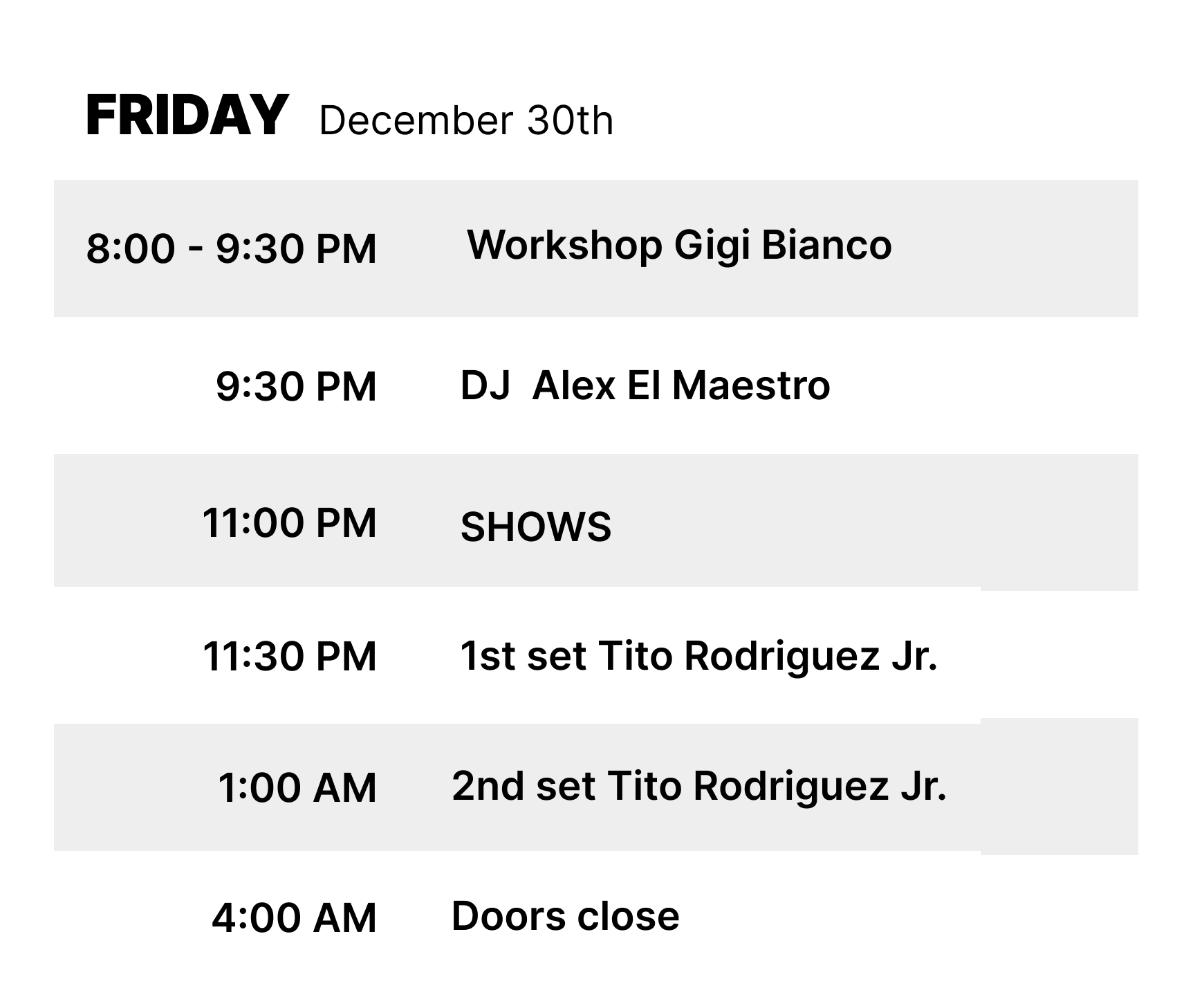 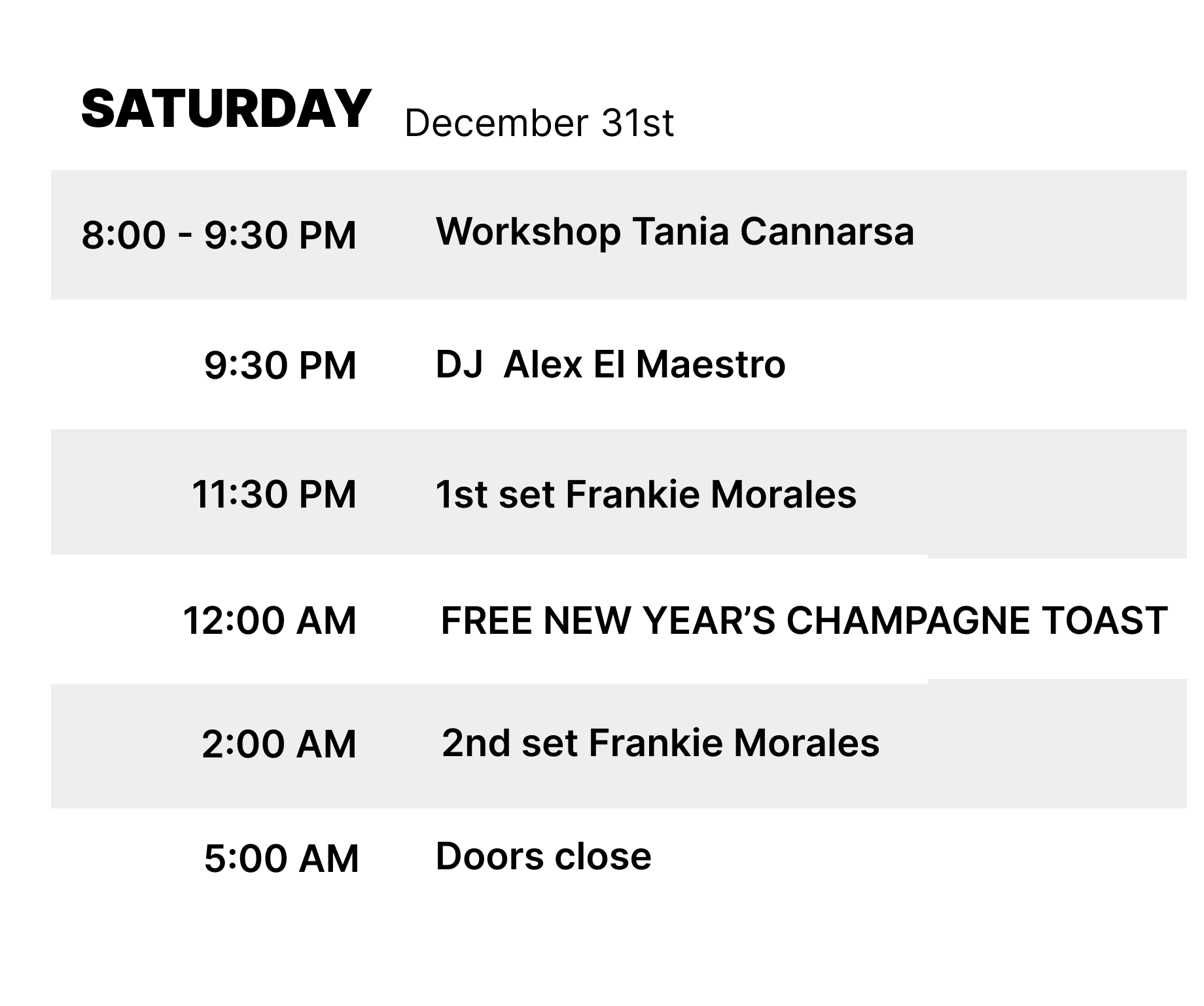 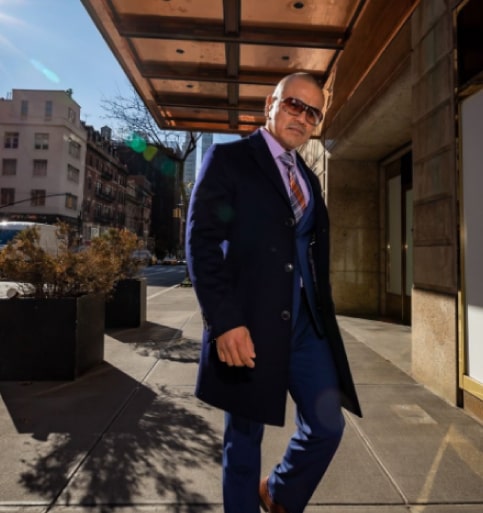 Come and Celebrate the end of the year with us and lets start the 2023 Dancing Mambo!

you can still buy at the door

CHAT WITH US
EMAIL US

you can still buy at the door